New "How To” Videos for Power Valve and Stud Removal at Nick’s Garage !

On this week’s Two-Stroke Tuesday we give you an exclusive look at Zach Bell’s Precision Concepts / Chaparral Kawasaki KX250 built by Factory Phil. Zach will be racing this machine at Glen Helen this weekend defending his Two-Stroke World Championship. 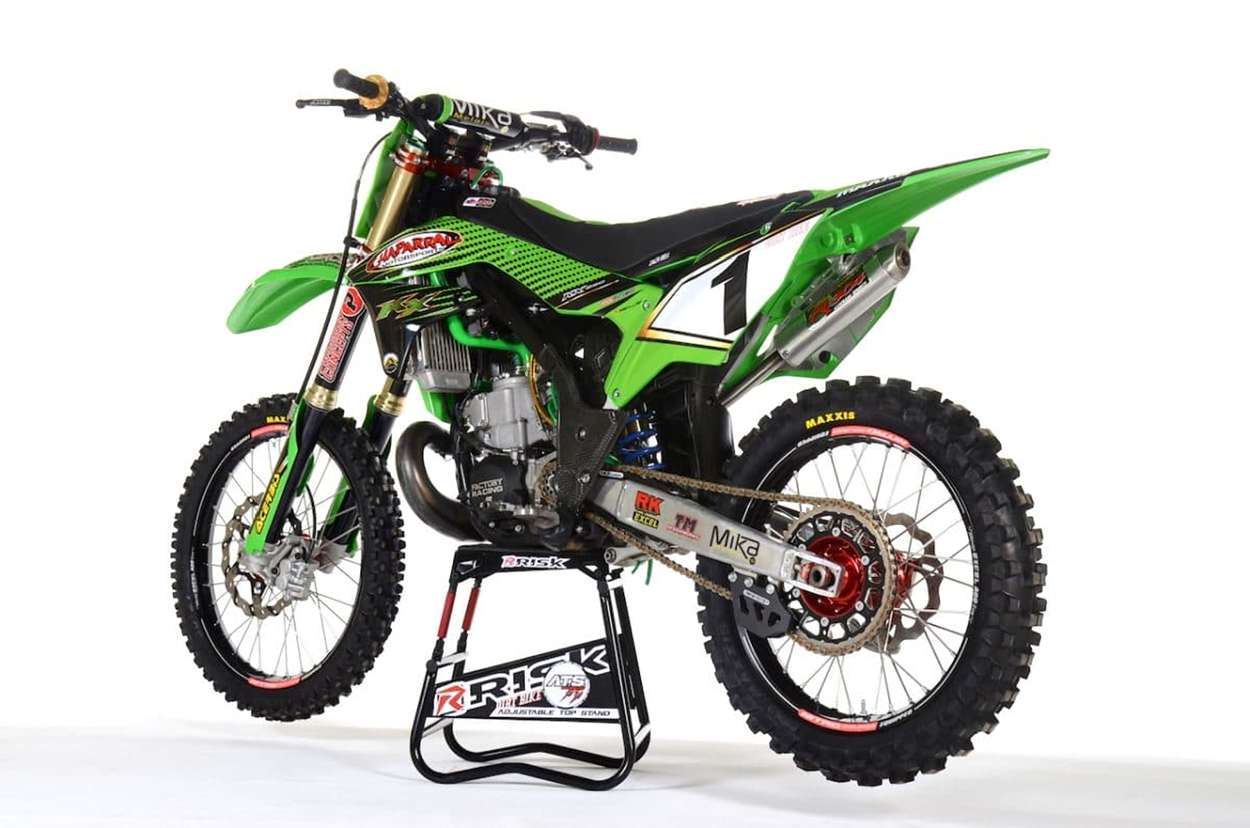 Lots of Precision Concepts/Kawasaki race team sponsors are featured on Zach’s machine and the bike is actually owned by former team member Justin Seeds. Zach won the Two-Stroke World Championship last year and will be defending his title this weekend on this specially built KX250. 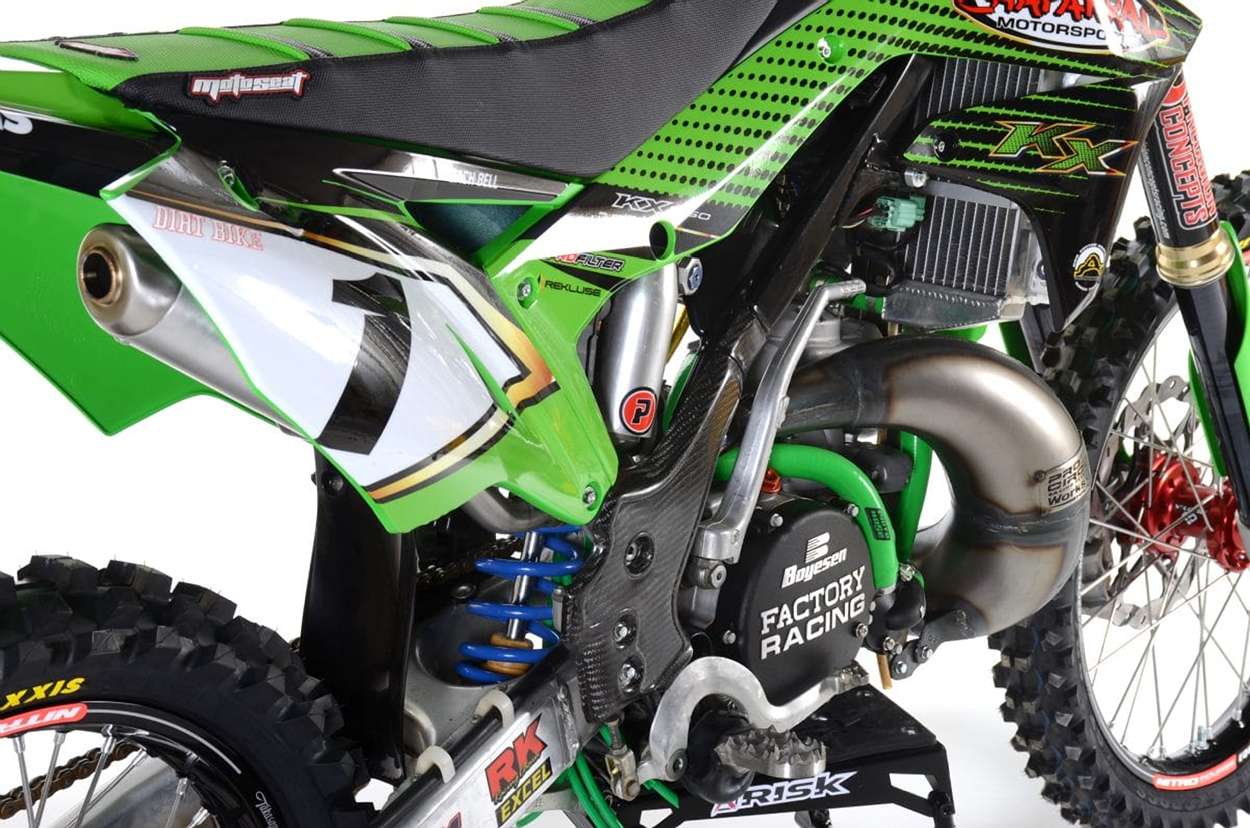 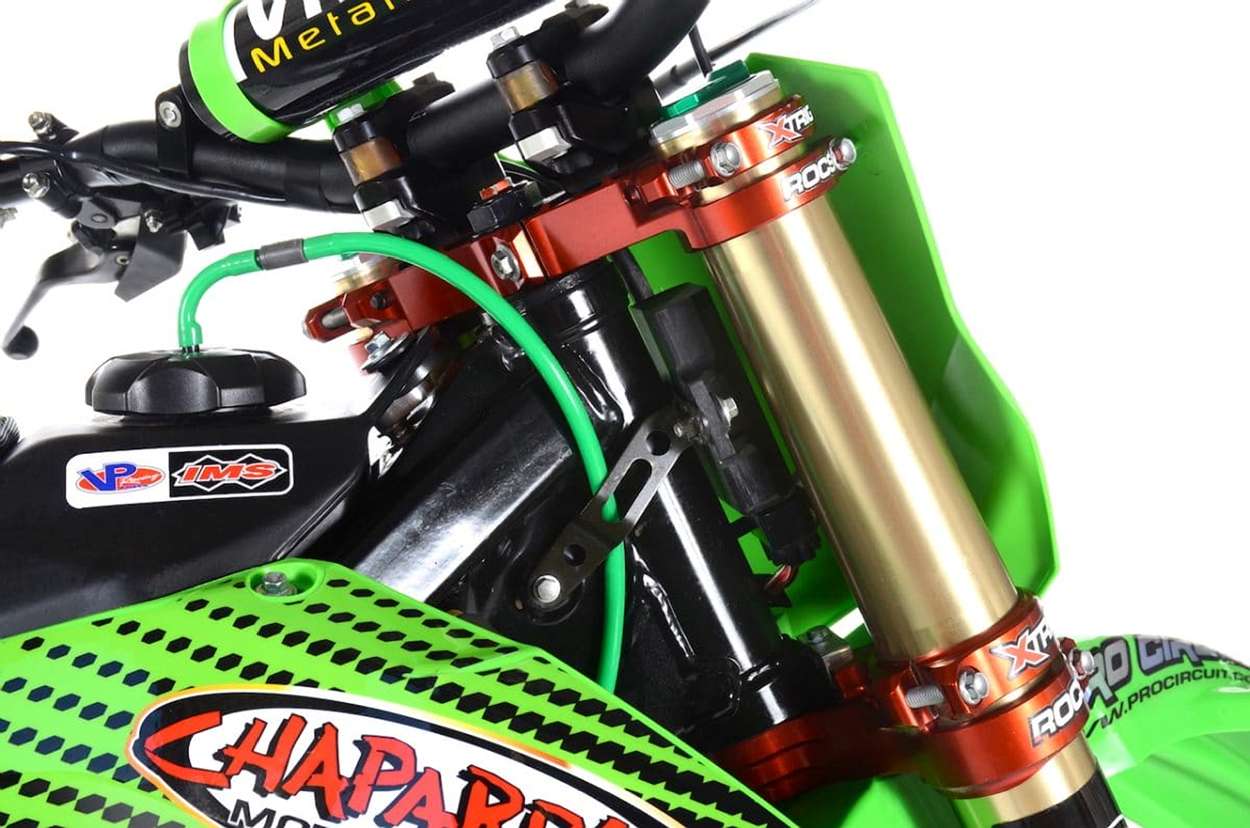 The entire front-end is off a 2019 KX450 and held on by Xtrig clamps. Naturally the suspension internals are all handled by Precision Concepts. 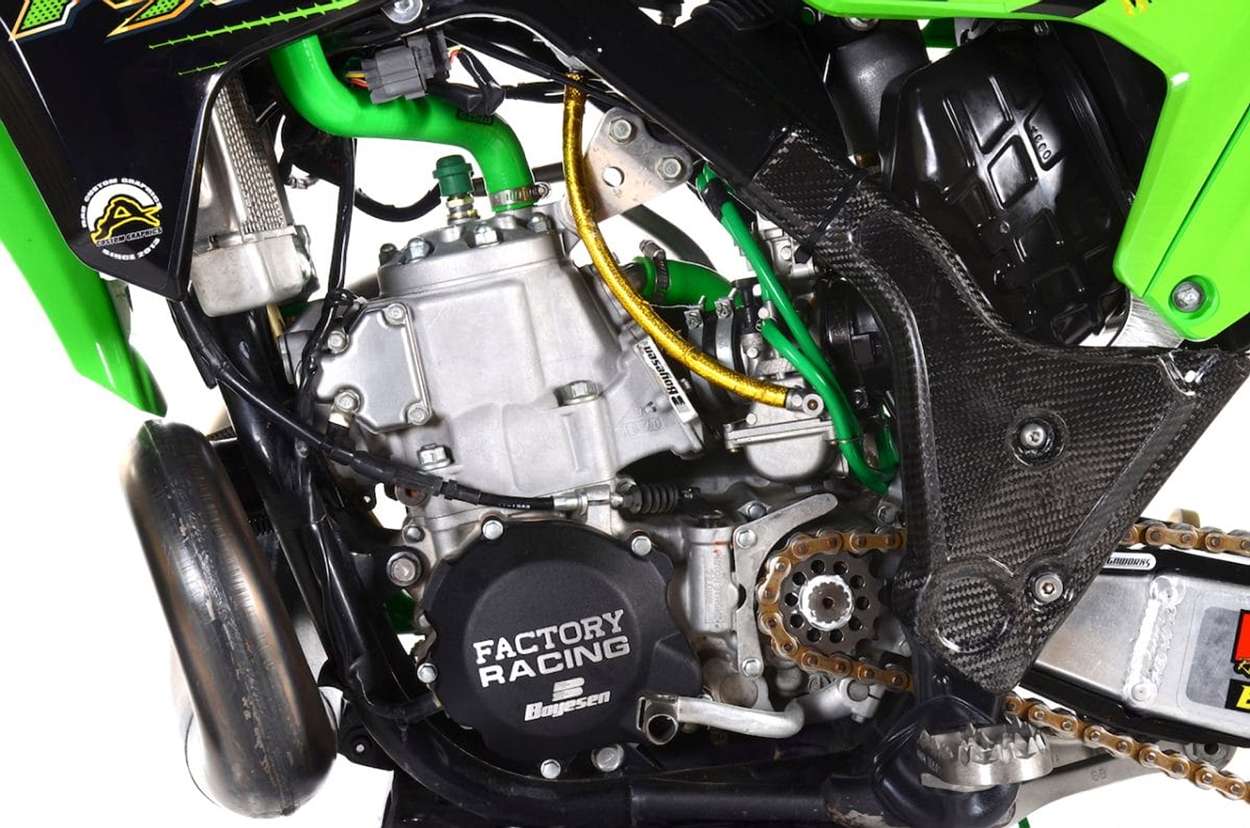 That cylinder might look stock from the outside but the crew at L.A.SLEEVE has worked their magic on the inside. Can you say KX300 ? 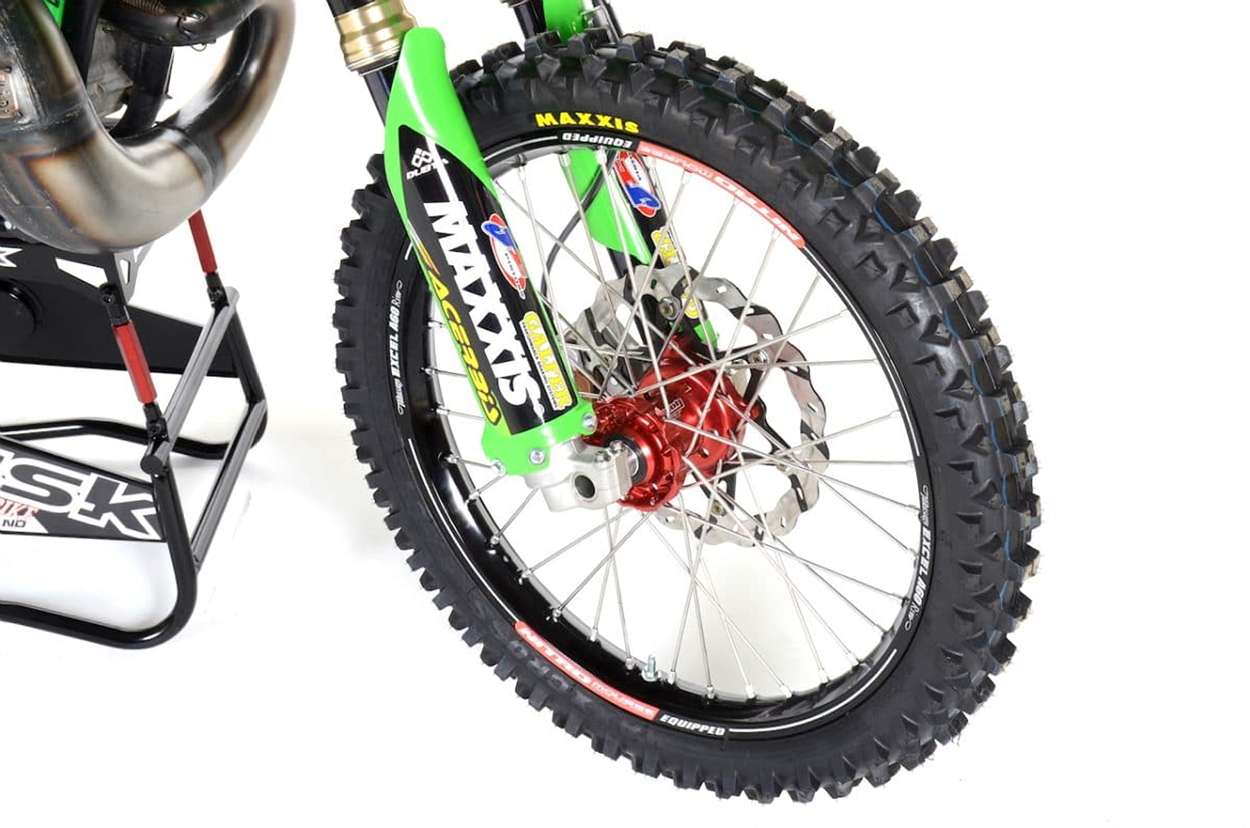 The wheels are designed to handle all types of abuse. The hubs are Talon and the rims are Excel A60 built by the crew at Dubya USA. Galfer provides the stopping power and Maxxis provides the traction. 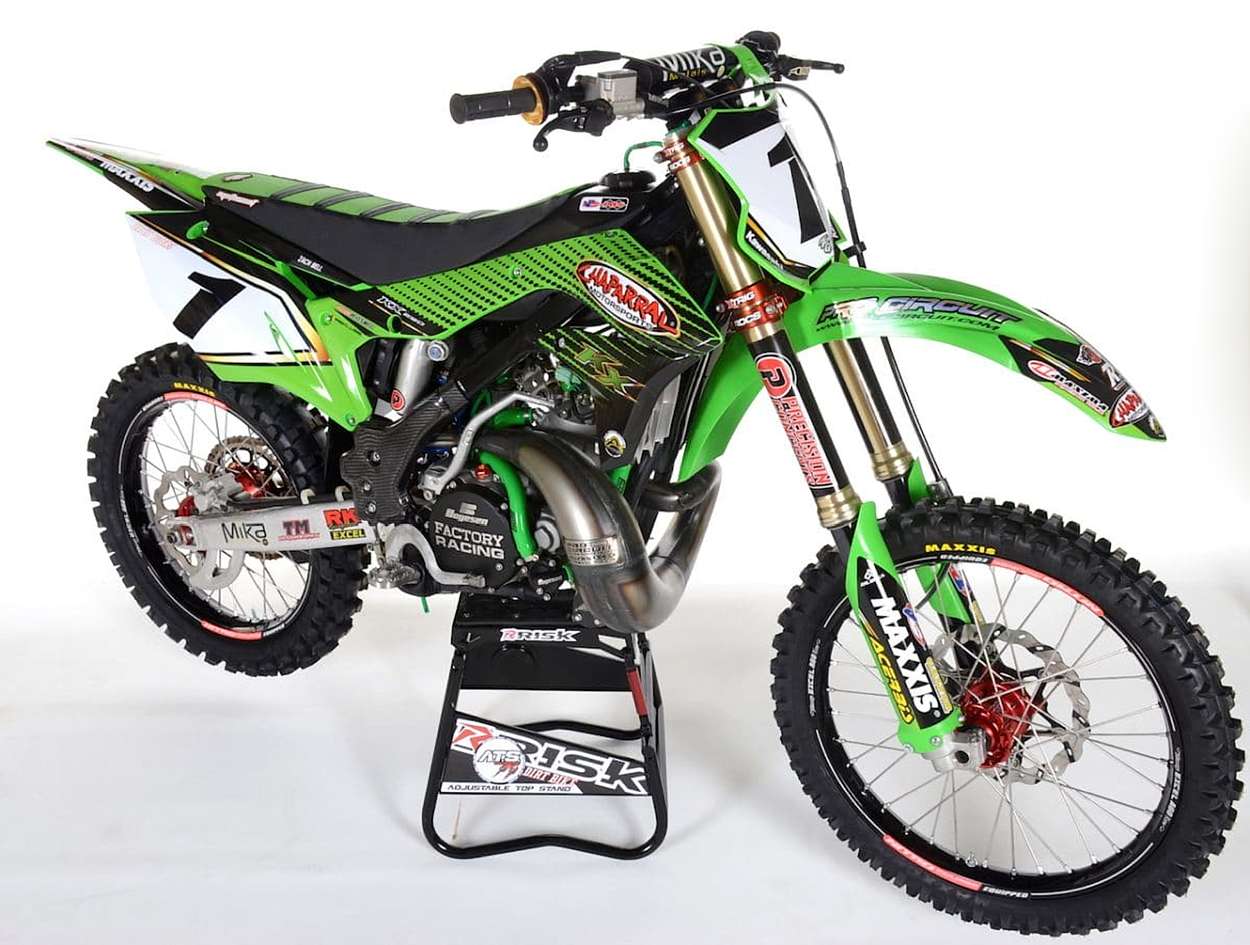 Ryan Abbatoye from Abbatoye Designs does all the team graphics and made a kit for the KX250 that gives it that factory race team feel.

Don’t worry there will be a full write up on this machine in an upcoming issue of our printed magazine.